Simple but awesome WordPress blogging theme to tell stories of your life.
With emphasis on huge images and beautiful typography, your stories will be pleasure to read.

What if magic is the capacity to change any situation in your life?

Hello and welcome to our world!

These are some of the questions that led us up to making the choice to start this blog called Life of Magic. We ask a lot of questions and seek to see beyond the answers of this reality. In fact, we ask questions to open up possibilities, not to find answers.

One of the reasons for us choosing to share our life with you is that we have realized that all voices deserve to be heard. We want to share our experiences, insights and challenges to make our contribution to creating a world of consciousness where everything is allowed and nothing is judged. A world where more is created for everyone, not just for the few. A world of oneness.

What do we mean by magic? We mean that from the perspective that everything is possible, it is possible to choose what is easy and gives you joy in virtually any situation in your life. Magic is about choosing an open rather than a narrow mindset and daring to choose something new. We know that there are moments when everything seems dark and nothing seems to work. It is in these moments that magic works best.

Does it all come easy to us? Is change a walk in the park? Hell NO! Sometimes change can be really painful and the most challenging thing you have experienced in your life. Sometimes making the choice to change can be harder than the change in itself. Sometimes change requires dedication and a lot of work since you may have to repeat a new behavior hundreds or even thousands of times. However, if you are willing to do the work, every single day, we can promise you that it will be worth it.

“We ask questions to open up possibilities, not to find answers.”

Our common history is quite short, even though it at times feels as though we have known each other all our lives (or even before). Our paths crossed through the common interest skiing and was reinforced by the fact that we both are seekers who have always known that life can be so much more than this reality presents us with. At the beginning of our relationship we spent a lot of time sharing our lives, our beautiful memories, our tough times, our values, our visions and our dreams. Within a month’s time we had probably shared more than some people do in a lifetime.

In the summer of 2013 we chose to spend more time together and we did it by experiencing a lot of adventures. Some months later we moved in together and crowned our first time with a trip to Bali. We had a lot of fun, many long conversations and experienced an incredible oneness. While still in Bali, Johanna was feeling a bit ill at times and one evening we were sure to have eaten something bad and we had a whiskey to ward off unwelcome bacteria. Somewhere deep down Johanna had a notion that it might be something else than bad food causing the nausea. The day we arrived back in Sweden she secretly bought a pregnancy test and did it while Anders was sleeping off the jetlag. Seeing the thin line appear in the window made her heart leap. When Anders woke up an hour later, Johanna was sitting opposite him, staring at him.

We looked at each other, tears filling our eyes. One of our most magic moments had just happened. Some time later we figured out that Carl Walter Magic was created on Anders’s 53rd birthday on the 21st of September 2013, speak about creation of magic!

“We are NOT saying that any choice is better or worse than any other choice. It is just choice.”

We have now known each other for almost six years. Since then we live in three different places during the year; December to April is spent in Verbier, Switzerland, May to September at the Swedish island of Gotland, October in Ericeira, Portugal and then Gotland again in November. Together we have created a family life where all three of us can do what we are passionate about and work with things we really believe in (well, so far Walter kind of just tags along). What we have learnt in these six years is that it is possible to create a life filled with magic if we get access to who we really are and explore what we desire from life. Does this mean that we never have ups and downs? Definitely not. In the end we always choose magic though, even if it sometimes takes days before we arrive there.

Together and individually we have been through many things in life. We have searched for who we really are, beyond all learned and ingrained behaviors. We have read, had many long conversations, educated ourselves and done numerous self-development trainings, one of the most transformative ones being Access Consciousness that has contributed the most amazing stuff to our lives. The last years we have been living in the question; What else is possible? and How does it get any better than this?. This has opened up an infinite reality for us – and this is something we want to share! We want to share our lives, our stories and insights that we hope will be an invitation to recognition as well as inspiration. We have an ongoing conversation about who we are, our choices and how they affect ourselves and others, our lifestyle and together we have generated a way of living that is something else than the norm.

Let us be clear about one thing: we are NOT saying that any choice is better or worse than any other choice. It is just choice. And we make choices based on the consciousness we have access to in the very moment we make that particular choice. We want to share our way of living and our choices. Our way where magic is part of everyday life and where we seek to live a life:

We are all part of generating a world of collaboration and togetherness. Would you like to join us on our journey? 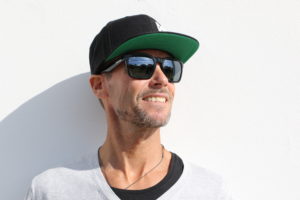 At a very early age I knew I wanted to have fun and live a life full of adventure and sports. I did not care so much about what I would earn, or how I should make a living. I just wanted to have fun. In my youth, I stood against the views of ”You can’t make a living on having fun and doing what you want!” and remarks like ”What kind of a real job are you going to have after this?”. Thanks to my inner knowledge that everything is possible and that I would be fine I continued my journey of having fun. This has led me to a range of successful and joyful paths. I am currently working for Powder Extreme, one of the most innovative off-piste ski schools in Verbier, Switzerland. I am also part-owner and Mentor of Life Skiing in the groundbreaking Swedish ski concept Skiers Accredited. My most recent adventure is to develop a new golf concept at Visby GK, called Visby Golf Academy.

I am passionate about human development, as much of myself as of others. Thanks to a four-year soccer scholarship, I got the chance to study Marketing and Management at a college in the United States. I passed numerous coaching and leadership training courses and exams, read lots of books on personal development and constantly applied my own inherent knowledge to life. Right now I am using this knowledge and inner guidance in my role as a ski instructor, golf trainer and life coach. I think I can be a great source of inspiration and a person who shows a way to fully live a life where everything is possible! 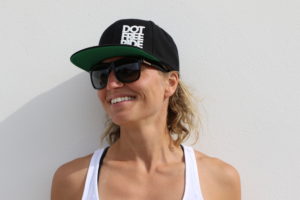 Ever since I was a little I have been a happy girl with lots of energy and also with a deeper, more thoughtful side. I grew up with mum, dad and my little brother on an island in the Stockholm archipelago. We spent a lot of time in nature, at home at the seaside, and also in the Swedish mountains. Family, sports, recreation and school were important to me.

As long as I can remember those existential questions were always there; ” Who am I? Why am I here? Is this the way life should be?”. So many times I have been told to ”not think so much”. I was always the good girl; I did very well at school, I was a decent tennis player, a fairly successful runner and I was good at doing what was expected of me. Even if those expectations mainly consisted of what I thought others expected of me.

Today the girl who cried every time she had to be away from mum and dad has grown into an entrepreneur; an entrepreneur in the sense that I generate my life the way I desire to live it and as far as possible make choices that are in line with who I am and what is true for me. I create job opportunities in places where I and my family want to spend time, be it in the Swiss alps or on the Swedish island of Gotland.

I really am a bundle of energy, and as I get to know myself better, I learn to channel that energy in a way that enables me to consciously choose more things that I really like because I really like them. This is one of the reasons that I started We are Laja together with my friends Anna and Lovisa, InnSaei Academy together with my friends Jessica and Veronica and that I start this blog with Anders. Where can we go from here?